Home » 150 Years: The Planes of Development

150 Years: The Planes of Development 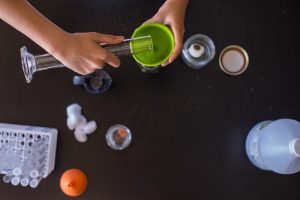 “I have found that in his development, the child passes through certain phases, each of which has its own particular needs. The characteristics of each are so different that the passages from one phase to another have been described by certain psychologists as ‘rebirths’.” -Dr. Maria Montessori

Throughout her years of observing children across a wide variety of settings, Dr. Maria Montessori noticed certain undeniable patterns in their development. She fully recognized that there are many variances among individuals but stated that there were certain traits that could generally be relied upon as children grow and age. She believed that these traits and characteristics could be used not only as a marker to determine a child’s developmental phase, but also as a guide for the adults who serve the child.

As Montessori educators, we still use her scientific findings in our work today. Dr. Montessori recognized that childhood development is divided into four main phases, or planes. Each plane builds upon what was learned in those previously, and each plane has both an active and passive phase. By fully understanding the developmental needs of a child — wherever they happen to be on this continuum — we are better able to create an environment that will be optimal to support their further development.

There is so much to say about Montessori’s planes of development; we will keep it brief and highlight the main points. Just as we utilize this information in our learning environments, we encourage parents to consider how your child’s developmental traits might inform your own decisions at home. Is there anything you’re already doing that supports their growth? Is there anything new you might try?

The First Plane of Development

During the first plane of development, children learn primarily through experiences they have with their environment. The personal growth during this period is unlike anything we see for the rest of our lives. This is a time of tremendous physical growth, but also the development of the personality. Some of the most important traits to be aware of:

From birth to about age 6, the child’s motto is essentially: “Help me to do it myself.”

The Second Plane of Development

Around age 6, there is a definitive shift in the child. There are a series of physical growth spurts, as well as an insatiable need for knowledge about the world and universe. The child’s world begins to expand beyond the narrow perimeters of themselves. This means they are more social, but also curious about everything beyond what they already know. Keep the following characteristics in mind:

Kids at this age just want to devour all the information they possibly can. It is our job to help them learn to “think for themselves”.

The Third Plane of Development

The third plane is a magical time. Adolescents find themselves in the developmental stage in which they are learning who they are as individuals. Although we change continuously throughout our lives, who we are at our core, and what drives us is usually anchored in the discoveries we make during our teen years. The onset of puberty brings enormous physical and emotional changes, and the variability between peers during the first half of this plane is obvious. Important points to remember:

Adolescence can be a challenging time for teens and the adults in their lives. There is a constant pushing away and pulling toward one another, and as adults we can work to stay consistent and support their growing independence. This is also an important time to remember that teens are developing their sense of who they are and what they will become; their ideas for their future may look different from what we may have envisioned for them, and that’s okay!

The Fourth Plane of Development

Yes – Montessori considered ages 18-24 the final stage of child development! Perhaps you are still in this plane yourself, or not that far out of it. Perhaps you have children approaching this plane. Late adolescence into early adulthood is the bridge that connects our childhood selves to the rest of our adult lives. The rapid growth and learning that goes  on during this time period is critical to supporting our future selves.

People in the fourth plane of development are striving toward full independence. This may mean moral independence, financial independence, and emotional independence. At this age we tend to evaluate our own personal place in society. We think about how we will contribute to the greater good, and what our path will look like moving forward. We develop personal interests, start our careers, and sometimes even begin families of our own.

Dr. Maria Montessori stopped writing about human development at the fourth plane. One has to wonder, what would it look like if she had continued? How might human development be classified and defined as it moves through the years? How could Montessori philosophy be applied to adult life?

Want to learn more? Take a look at any one of these helpful resources.

The Four Planes of Development by Camillo Grazzini