150 Years: How Montessori Has Shaped History 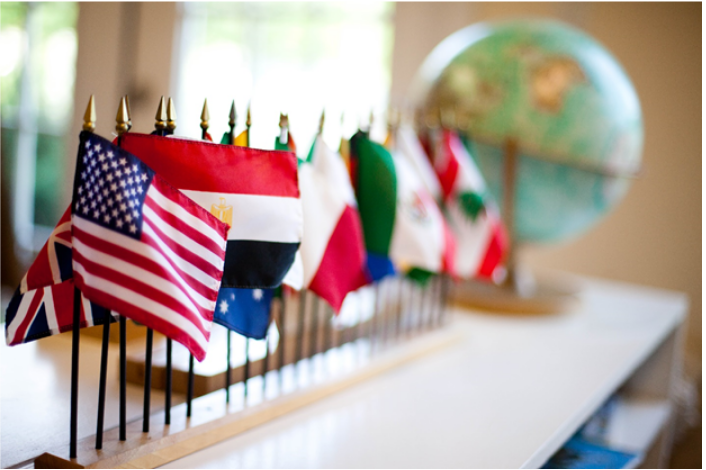 For more than a century, the work of Dr. Maria Montessori has affected the lives of countless children and families, but the ripples of her ideas and educational methods have reached far beyond that. Her work, and the work of the many Montessori guides who have carried out her methods, have influenced individuals who have gone on to change the course of history.

These are just a few of the many stories that show how a Montessori education can prepare a human being to make a difference.

How Montessori has shaped storytelling and literature

Montessori education has a unique way of introducing children to the universe. At a time when they are already seeking answers, cosmic education introduces them to concepts and important scientific and historical information that strikes a sense of awe. This deep understanding and wonder last a lifetime.

Two particular authors come to mind when considering the many who were Montessori students: Gabriel García Márquez and Anthony Doerr.

“With his stories, Gabriel García Márquez has created a world of his own which is a microcosmos. In its tumultuous, bewildering, yet, graphically convincing authenticity, it reflects a continent and its human riches and poverty. Perhaps more than that: a cosmos in which the human heart and the combined forces of history, time and again, burst the bounds of chaos…” -NobelPrize.org

García Márquez won the 1972 Neustadt International Prize for Literature and the Nobel Prize for Literature in 1982 for his novels and short stories. Author of renowned titles such as One Hundred Years of Solitude and Love in the Time of Cholera, his work has been translated extensively and appreciated by readers worldwide, with many considering him one of the most influential writers of the twentieth century.

Not one to shy away from tackling important political and social topics, it’s clear he had a deep sense of social justice, perhaps unsurprising considering his background. He once said, “I do not believe there is a method better than Montessori for making children sensitive to the beauties of the world and awakening their curiosity regarding the secrets of life.”

Anthony Doerr spoke of attending a Montessori school where his mother was a teacher.

“She was always teaching us all kinds of things. I remember very clearly geologic time being one of the big lessons she taught us. She even had us take toilet paper rolls and unroll them and had us map out the various eras, like Cambrian, and figure out where humans would fit on this toilet paper timeline of the Earth.

You realize, of course, that human life goes in the last square—and really goes in the last quarter of the last square. And your life can’t really even fit if you draw this microscopic line down the final edge of the final square of toilet paper. I remember those lessons make you feel small. Then they make you feel—what an amazing thing we get to be on this Earth…So I think that’s part of everything I work on.”

How Montessori revolutionized the way we cook in our homes

It is well known that Julia Child was a Montessori student. She has credited Montessori with her love of working with her hands, but one has to wonder if it didn’t perhaps inspire her in other ways as well.

Child began her career in copywriting, but eventually ended up working as a research assistant for secret intelligence in Washington, D.C. She helped to develop shark repellents in order to prevent accidental detonation of underwater explosives. Her work there was valued immensely, and it was later that she turned to cooking and discovered her passion.

As we all know, Child became famous for her cookbooks and television shows, making complicated French dishes more accessible to the average American home cook. One of her most endearing qualities was that she often made mistakes during filming, but her ability to embrace these errors and incorporate them as a normal part of cooking made those watching feel more at ease.

How Montessori inspired a new type of video game entertainment

“Montessori taught me the joy of discovery,” Wright told me. “It showed you can become interested in pretty complex theories, like Pythagorean theory, say, by playing with blocks. It’s all about learning on your terms, rather than a teacher explaining stuff to you. SimCity comes right out of Montessori—if you give people this model for building cities, they will abstract from it principles of urban design.”

Will Wright, creator of The Sims, is considered one of the most influential video game creators of all time. Learn more about how he credits Montessori for his success in his TED talk:

How Montessori transformed the way we find information

“I do think that some of the credit for the willingness to go on your own interests, you can tie that back to Montessori education.” -Sergey Brin

Sergey Brin and Larry Page co-founded Google in 1998. Since then, the company that began as a search engine has foundationally changed the way humans around the world find and share information. It has expanded to cover countless areas of technology and is synonymous to many as a hub of innovation.

Both Brin and Page attended Montessori schools as children, and both credit that time as hugely influential on their professional work. Hear more in this clip of Brin discussing his experiences:

With so many influential figures and important work coming straight from those who were Montessori educated and credit those successes with their education, one has to wonder: where might the next generation of Montessori alumni take us?

« What Kind of Learning Do We Value? | The Power of Self-Advocacy »